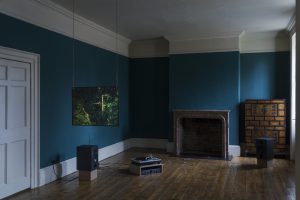 A Rose (2017) has two components in conversation with each other: a 16mm film and a vinyl dubplate recording, both made in a building on the site of the former psychiatric hospital, which is now entangled in vegetation and open to the elements. An upturned shelving unit – shown in the film – provided a platform onto which a lament was performed. Singer Samuel Middleton sang a cluster of words repeatedly that were recorded over-and-over on the same tape loop, creating a composite recording that captures the song resonating through the metal shelves along with the incidental sounds of the environment. This was then pressed onto vinyl dubplate, with the tempo of the song informing the pace of the film. The end words – erase, erase, erase – arise above the rest. 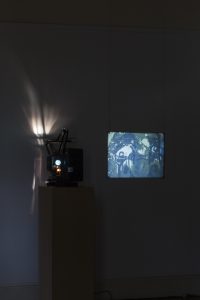 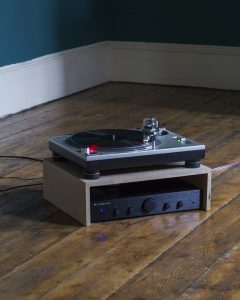