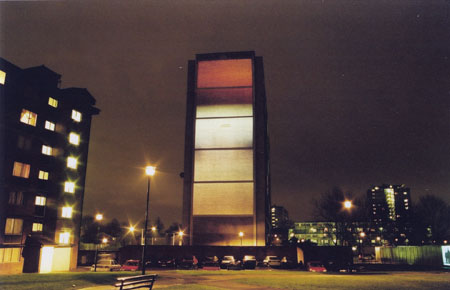 Rolling slide projection onto a tower block. Made as part of a residency on the South Acton Estate, sunsets were photographed from the top floor of the tower block. Using just a fragment of the digital photo and ‘blowing it up’ onto a large scale transparency, this played as a loop onto the side of the tower block. The pixels become the size of the bricks, the sunsets reduced to blocks of colour. 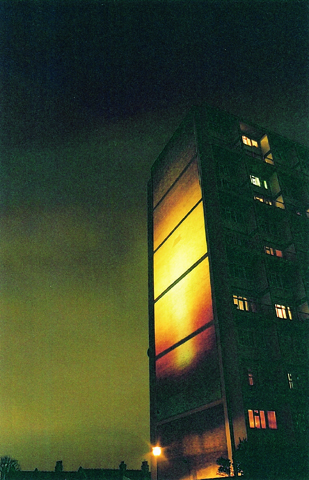 Passers by were filmed by a fence on a footpath that crosses the South Acton Estate. Transferred from Super 8 film, the videos use the first few seconds of film when the exposed frames flutter onto the film. The twenty portraits were back-projected onto the perimetre fence that encircled the site of a recently demolished tower block. 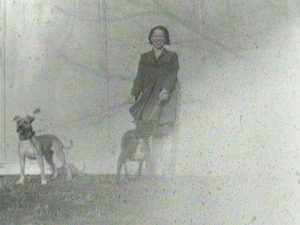 All work was made during a residency along a footpath across South Acton Estate. Commissioned by ACAVA, 2002