MEZZ was a series of events curated by Louisa Fairclough and Simon Ryder (2009 – 2012). Our aim was to share our enthusiasm for screen-based and performance art within an informal environment of experimentation and dialogue, away from urban centres of art production and consumption.

Mezz #07 presented Mikhail Karikis who used the studio building as a stage to perform elements from his Exploded Opera, we previewed Mikhail Karikis and Uriel Orlow’s Sounds of Beneath which went onto Manifesta 2013; for Mezz #12 Guy Sherwin performed and screened a number of his 16mm film-performances and talked about how he sees his films to be an investigation of the fundamental qualities of light and time in cinema; for Mezz #13 Ilana Halperin discussed our intimate relationship to the seemingly distant and abstract world of plate tectonics and Mezz #14 brought together film-maker Jayne Parker and free improvising saxophonist Evan Parker for the first time. Our final two-day event brought Ben Rivers’ newly released film Two Years at Sea to a sell out screening at the Odeon Cinema, Stroud. Ben Cook, Director of LUX, gave one-to-one sessions for artists working with the moving image, followed by an opportunity to watch Ben Rivers interviewed by Ben Cook along with a screening of his short films in 16mm format. 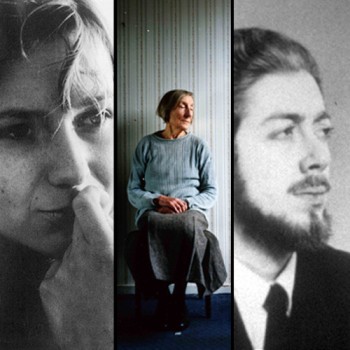 Mezz was hosted by Stroud Valleys Artspace from 2009-2012.  https://mezztalks.wordpress.com/