Can People See Me Swallowing – a film for a stairwell, Spike Island, 2014 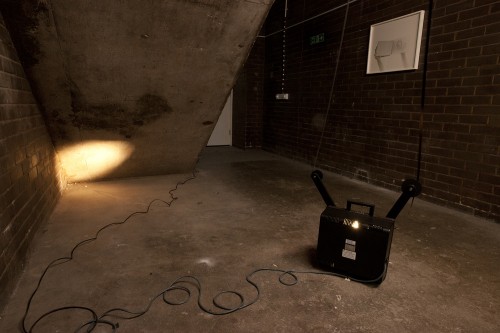 You come to me only in glimpses with shards of your voice cutting off as I want to hear more. I can’t fix an image of you but I can hear your voice. If I listen too long, it becomes my voice.

Film loops thread through the stairwell at Spike Island, the lengths of filmstrip spinning a kinetic and audible drawing. The films are mainly black with the projectors only emitting light when a few sung words punctuate the mute film. At points the voices fall together in harmonic clusters, at other moments there’s only the whirr of film projectors humming in the throat of the building.

A film for a stairwell. Devised with composer Richard Glover and performed by Karen Middleton, sound production by Richard Jeffrey-Gray. Sketchbook Photograph by Milo Newman. With many thanks to ICIA University of Bath and Spike Studio Holders for the production funding and to Meantime Project Space for the residency. Documentation photos Milo Newman, video Richard Broomhall. 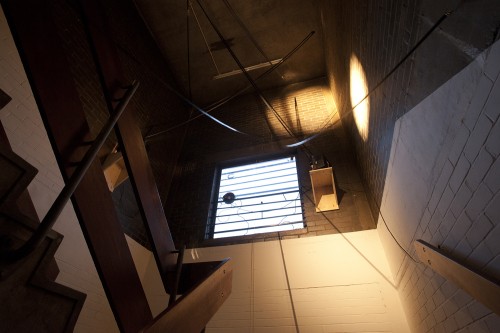 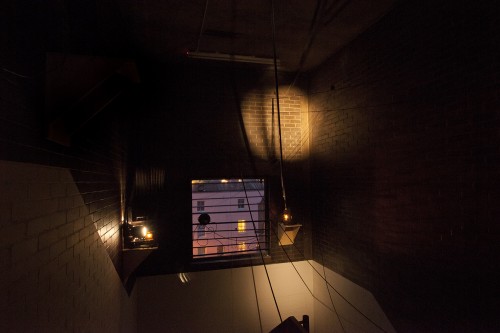 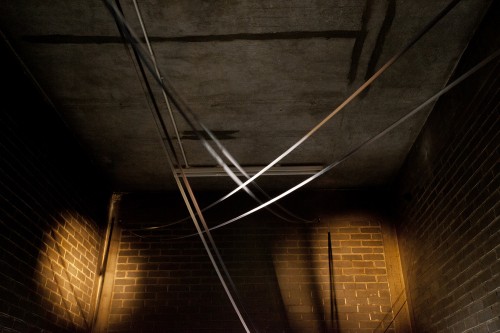 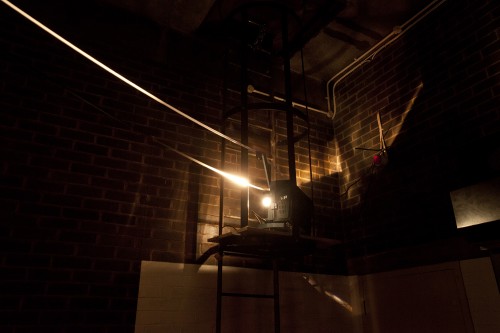