A Song Cycle for the Ruins of a Psychiatric Unit 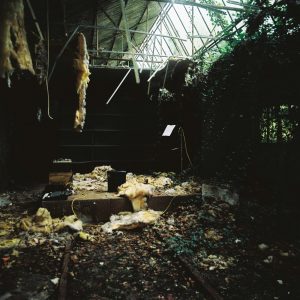 A Song Cycle for the Ruins of a Psychiatric Unit, 2017 was Louisa Fairclough’s third exhibition at Danielle Arnaud Gallery. It took the remains of a psychiatric hospital on the edge of a city as a simulacrum for psychic ruin.

Louisa worked with composer Richard Glover to devise new compositions for voice and tape loop, FEAR LIFE DEATH HOPE and A Rose, which were performed by singer Samuel Middleton and musician George McKenzie and recorded as rituals for a room at the former hospital. 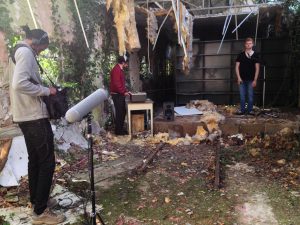